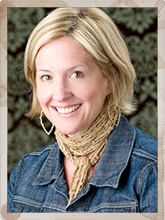 Brené Brown, Ph.D., LMSW is a research professor at the University of Houston Graduate College of Social Work. She has spent the past decade studying vulnerability, courage, worthiness, and shame.

Brené is a nationally renowned speaker and has won numerous teaching awards, including the College’s Outstanding Faculty Award. Her groundbreaking work has been featured on PBS, NPR, CNN, and has appeared in The Washington Post, Psychology Today, and many other national media outlets.

Her 2010 TEDx Houston talk on the power of vulnerability is one of the most watched talks on TED.com, with over 6 million views. She gave the closing talk, Listening to Shame, at the 2012 TED Conference in Long Beach.

Brené is the author of the #1 New York Times Bestseller Daring Greatly: How the Courage to Be Vulnerable Transforms the Way We Live, Love, Parent, and Lead (2012). She is also the author of The Gifts of Imperfection (2010), and I Thought It Was Just Me (2007).

In 2007, Brené developed Connections, a psychoeducational shame resilience curriculum that is being facilitated across the nation by mental health and addiction professionals. The Connections Certification process was launched in 2012.

Brené lives in Houston with her husband, Steve, and their two children.