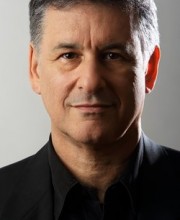 Daniel J. Levitin is the James McGill Professor of Psychology and Music at McGill University, Montreal, where he also holds appointments in the Program in Behavioural Neuroscience, The School of Computer Science, and the Faculty of Education. He is also Dean of Arts & Humanities at the Minerva Schools at KGI. An award-winning teacher, he now adds best-selling author to his list of accomplishments as “This Is Your Brain on Music” , “The World in Six Songs” and “The Organized Mind” were #1 best-sellers. His work has been translated into 20 languages. Before becoming a neuroscientist, he worked as a session musician, sound engineer, and record producer working with artists such as Stevie Wonder and Blue Oyster Cult. He has published extensively in scientific journals as well as music magazines such as Grammy and Billboard. Recent musical performances include playing guitar and saxophone with Sting, Bobby McFerrin, Rosanne Cash, David Byrne, Cris Williamson, Victor Wooten, and Rodney Crowell.