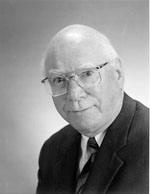 “Donald O. Clifton was an American psychologist and is known as “the Father of Strengths Psychology and the Grandfather of Positive Psychology” according to the American Psychological Association. He developed the eponymous Clifton StrengthsFinder, Gallup’s online psychological assessment. Clifton was professor of educational psychology at the University of Nebraska-Lincoln from 1950 to 1969 when he founded Selection Research, Inc. (SRI) that grew to the point where in 1988 it acquired the Gallup Organization and took on the older company’s name. Clifton was a World War II veteran and recipient of the Distinguished Flying Cross.” (via Wikipedia)