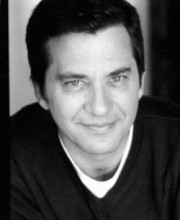 Dr. Cloud is a clinical psychologist with a unique ability to connect with his audiences. Drawing upon his broad range of experiences in private practice, leadership consulting, and media, he simplifies life’s issues and gives easy to understand, practical advice. It is Dr. Cloud’s humour, compassion, and “in the moment” confrontation that make his approach to psychology and spirituality such a success.

Dr. Cloud has written or co-written nineteen books, including the million-seller “Boundaries.” His most recent books are “How to Get a Date Worth Keeping” and “Integrity.” He has earned three Gold Medallion awards and was awarded the distinguished Retailers Choice award for “God Will Make A Way.”

“God Will Make a Way” was the focus of a book and television partnership with Integrity Publishers and Time-Life. Dr. Cloud has appeared on numerous radio and television broadcasts, including FOX News. He has also been featured in many publications, including the “Los Angeles Times.” Dr. Cloud co-hosts the nationally syndicated radio program “New Life Live,” which is heard in over 150 markets. Millions of listeners have benefited from his wit and wisdom for over a decade.

As president of Cloud-Townsend Resources, Dr. Cloud has produced and conducted hundreds of public seminars around the country. He speaks on relationships–marriage, parenting, dating, personal growth, and spirituality. His seminars are often broadcast live to over two thousand venues at a time.

In his consulting practice, he works with leaders of organizations and corporations, from family-held firms to Fortune 25 companies and non-profit organizations. With his extensive executive coaching background and experience as an organizational and leadership consultant, he speaks regularly at corporate and leadership events held across the United States and internationally.

Dr. Cloud co-founded a health-care company that operated treatment centres in thirty-five cities in the Western United States; he served as Clinical Co-Director for ten years. In that context of hands-on clinical experience, he researched and developed many of the treatment methods and principles he communicates to audiences today. Since then, he has devoted his time to spreading principles of hope and life change through speaking, writing, and the media. His books have sold over four million copies.

He is a graduate of Southern Methodist University, having earned a BS in psychology with honours. He completed his PhD in clinical psychology at Biola University and his clinical internship at Los Angeles County Department of Mental Health. His philanthropic interests lie in the area of homelessness and the inner city, as well as Third World missions and development. He serves on the board of the Los Angeles Mission, a rescue mission on Skid Row in downtown Los Angeles.

Dr. Cloud is an avid golfer and enjoys boating, deep sea fishing and scuba diving. He lives in Los Angeles.