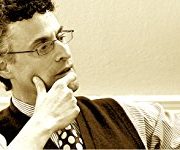 Edward Burger is the President of Southwestern University as well as an educational and business consultant. Most recently he was the Francis Christopher Oakley Third Century Professor of Mathematics at Williams College, and served as Vice Provost for Strategic Educational Initiatives at Baylor University. He is the author of over 60 research articles, books, and video series (starring in over 3,000 on-line videos). Burger was awarded the 2000 Northeastern Section of the Mathematical Association of America (MAA) Award for Distinguished Teaching and 2001 MAA Deborah and Franklin Tepper Haimo National Award for Distinguished Teaching of Mathematics. The MAA also named him their 2001-2003 Polya Lecturer. He was awarded the 2003 Residence Life Teaching Award from the University of Colorado at Boulder. In 2004 he was awarded Mathematical Association of America’s Chauvenet Prize and in 2006 he was a recipient of the Lester R. Ford Prize. In 2007, 2008, and 2011 he received awards for his video work. In 2007 Williams College awarded him the Nelson Bushnell Prize for Scholarship and Teaching. Burger is an associate editor of the American Mathematical Monthly and Math Horizons Magazine and serves as a Trustee of the Kenan Institute for the Arts at the University of North Carolina School of the Arts. In 2006, Reader’s Digest listed Burger in their annual “100 Best of America” as America’s Best Math Teacher. In 2010 he was named the winner of the Robert Foster Cherry Award for Great Teaching—the largest and most prestigious prize in higher education teaching across all disciplines in the English speaking world. Also in 2010 he starred in a mathematics segment for NBC-TV on the Today Show and throughout the 2010 Winter Olympic coverage. That television appearance won him a 2010 Telly Award. The Huffington Post named him one of their 2010 Game Changers; “HuffPost’s Game Changers salutes 100 innovators, visionaries, mavericks, and leaders who are reshaping their fields and changing the world.” In 2012, Microsoft Worldwide Education selected him as one of their “Global Heroes in Education.” In 2013 Burger was inducted as a Fellow of the American Mathematical Society.

Actionable Summaries of books written by Edward B. Burger