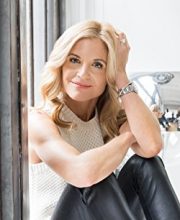 Glennon Doyle is the author of LOVE WARRIOR, a #1 New York Times Bestseller and a 2016 Oprah’s Book Club selection, as well as the New York Times Bestseller CARRY ON, WARRIOR. She is an activist, speaker and founder of Together Rising, a non-profit organization that has raised over seven million dollars for women, families and children in crisis. Glennon is also the creator of Momastery, an online community where millions of readers meet each week to experience her shameless and hilarious essays about marriage, motherhood, faith, mental health, addiction, recovery and connection.

Glennon is a columnist for O, The Oprah Magazine, and was named among OWN Network’s SuperSoul100 inaugural group – as one of 100 “awakened leaders who are using their voices and talent to elevate humanity,” as well as one as of Family Circle’s 20 Most Influential Moms of 2017. Glennon and her philanthropic work have been featured on The TODAY Show, The Talk, The OWN Network, Chelsea, Dr. Oz and in The New York Times, The Atlantic, Forbes, Glamour, Parents Magazine, Newsweek, and Woman’s Day, among other television and print outlets. She lives in Florida with her family.