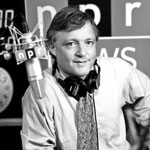 Joe Palca is a science correspondent for NPR. Since joining NPR in 1992, Palca has covered a range of science topics — everything from biomedical research to astronomy. In addition to his science reporting, Palca occasionally fills in as guest host on Talk of the Nation Science Friday.

Palca began his journalism career in television in 1982, working as a health producer for the CBS affiliate in Washington, DC. In 1986, he left television for a seven-year stint as a print journalist, first as the Washington news editor for Nature, and then as a senior correspondent for Science Magazine.

Palca has won numerous awards, including the National Academies Communications Award, the Science-in-Society Award of the National Association of Science Writers, the American Chemical Society James T. Grady-James H. Stack Award for Interpreting Chemistry for the Public, the American Association for the Advancement of Science Journalism Prize, and the Victor Cohn Prize for Excellence in Medical Writing.

With Flora Lichtman, Palca is the co-author of Annoying: The Science of What Bugs Us (Wiley, 2011).

He comes to journalism from a science background, having received a Ph.D. in psychology from the University of California at Santa Cruz where he worked on human sleep physiology.

Palca lives in Washington, D.C, with his wife and two sons.