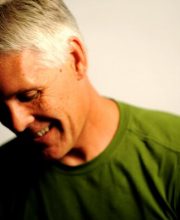 John Bielenberg is a designer, entrepreneur, and imaginative advocate for creating a better world through the application of design and “thinking wrong” about solving problems.

In his career, John has won more than 250 design awards, including the AIGA (American Institute of Graphic Arts) Gold Medal for lifetime achievement. The San Francisco Museum of Modern Art has acquired six of his design projects and staged a solo exhibition of his work in 2000.

In 2009, John was awarded the Washington University Skandalaris Award for Design Entrepreneurship and an honorary doctorate degree from Maryland Institute College of Art. John was also awarded the 2011 NASAD Citation for outstanding work and overall impact in the fields of art and design as an author, educator, social activist and designer.

Most recently, John launched CCA Secret Project, a new Think Wrong Lab at the California College of the Arts in San Francisco.