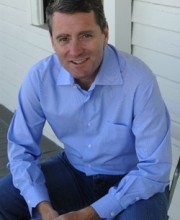 John is the founder and board chair of Room to Read. He started Room to Read after a fast-paced and distinguished career with Microsoft from 1991 to 1999. He was in charge of marketing and business development teams throughout Asia, including Director of Business Development for the Greater China region and as Director of Marketing for the Asia-Pacific region. John brings to Room to Read a vision for a scalable solution to developing world educational problems, an intense focus on results, and an ability to attract a world-class group of employees, volunteers, and investors. John focuses on long-term strategy, capital acquisition, public speaking, and media.

John was selected as the second recipient of the Draper Richards Fellowship, has been chosen for the Skoll Foundation award for social entrepreneurship, and has led Room to Read to three consecutive selections for the prestigious ‘Social Capitalist’ by Fast Company magazine and the Monitor Group. In 2004, he was named as one of “Time” magazine’s ‘Asian Heroes’ – the only non-Asian ever selected to receive this award. He is also the author of “Leaving Microsoft to Change the World” (Harper Collins; September, 2006).

John is an active public speaker, especially to business audiences, on the subjects of corporate social responsibility and building a world-class non-profit organization. His work has been profiled by Bloomberg Television, CNBC, CNN, “Fast Company,” “Newsweek,” “The New York Times,” “Time” Magazine, “The Wall Street Journal,” “The Washington Post,” and “USA Today.” John holds an MBA from the Kellogg School of Northwestern University and a bachelor’s degree in finance from the University of Colorado.