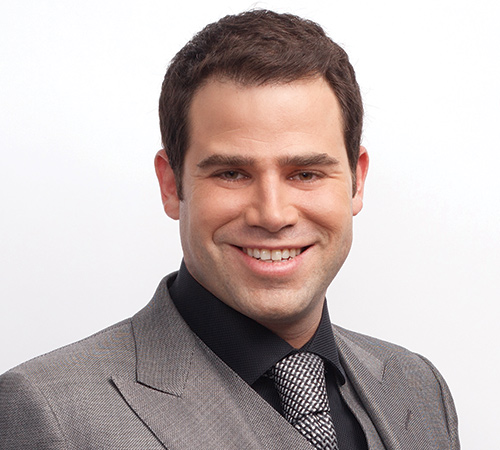 Leerom Segal is the CEO of Klick Health. Known for his unconventional approach to business, Leerom launched his first company at age 12, sold his first business when he was 14, and was named CTO of publicly traded Motion Works Group by the time he was 16. He co-founded Klick in 1997, building it into the world’s largest independent digital-first health agency using the data-driven, people-centric approach to management now known as the Decoded business model.

Under Leerom’s leadership, Klick has been recognized by the World Economic Forum as a Global Company to Watch, as well as one of Canada’s 50 Best Managed Companies, 50 Best Employers, 50 Fastest-Growing Tech companies, Most Admired Cultures and Best Workplaces.

Leerom has also received numerous accolades, including Ernst and Young’s Young Entrepreneur of the Year award. He has been named Entrepreneur of the Year by the Business Development Bank of Canada, a Top 40 Under 40 award-winner by The Globe & Mail, and was inducted into PROFIT Magazine’s Hall of Fame as the Youngest CEO ever to lead a Profit 100 company. For the last two years, he was named One of the 100 Most Inspiring People in health. He serves on both public and private boards, including Canada’s largest Industrial real estate investment trust, Dundee.

Through the Klick Foundation, he has raised over $1.6M for a wide range of charitable initiatives around the world, largely through Klick-It-Forward, a data-driven philanthropic program that rewards employee’s work contributions through employee-directed donations.