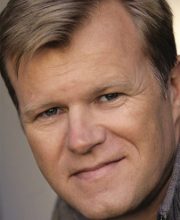 Michael J. Casey is a writer and researcher in the fields of economics, culture, and information technology. He is the author of three other critically-acclaimed books: The Age of Cryptocurrency (2015), The Unfair Trade (2012), and Che’s Afterlife (2009). In a two-decade career as a journalist, much of that spent as a reporter, editor, and columnist at The Wall Street Journal, he wrote extensively on global economics and finance. In 2015 Casey become a Senior Advisor at MIT Media Lab’s new Digital Currency Initiative.