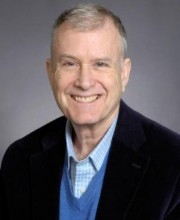 Richard E. Nisbett is a professor of psychology at the University of Michigan and one of the world’s most respected psychologists. He has received the Award for Distinguished Scientific Contributions from the American Psychological Association and many other national and international awards. He is a member of the National Academy of Sciences and the American Academy of Arts and Sciences. His books The Geography of Thought: How Asians and Westerners Think Differently . . . and Why and Intelligence and How to Get It: Why Schools and Cultures Count have won multiple awards and have been translated into many languages.