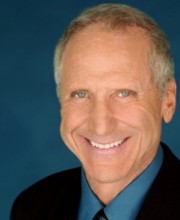 Ever since Dr. Bob Kriegel co-founded the country’s first sports psychology institute in 1972 he’s been a trailblazer, developing groundbreaking strategies for keeping ahead of the changes and competition in both the business and sports worlds. The New York Times said his work “spurred a revolution in performance practices.” A former all–American swimmer Bob has been a ‘mental coach’ for many Olympic and professional teams and athletes. Kriegel, who US News & World Report called one of the countries leading authorities in the field of change and human performance, has been a commentator on NPR’s Marketplace program, and did two specials for PBS. He has taught at Stanford’s Executive Management Program and co-authored the international best sellers; If it ain’t broke…BREAK IT and Inner Skiing, as well as Business Week best seller, Sacred Cows Make the Best Burgers.