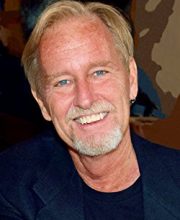 ROBERT POOL, Ph.D. — co-author of “Peak: Secrets from the New Science of Expertise” (Houghton Mifflin Harcourt, 2016) — combined his history, physics, and mathematics degrees with his love of writing to successfully transition from mathematics professor to renowned science, technology, and medical writer. He has taught science writing at Johns Hopkins University and has worked as a writer and editor at the world’s two most prestigious science publications — Science and Nature — and hundreds of his works have been published in the top publications in a variety of fields, publications that include Discover, New Scientist, Science, Nature, Technology Review, Forbes ASAP, Think Research, The Washington Post, FSU Research in Review, MIT Technology Review, and so on.

In addition to “Peak,” Dr. Pool has written many other successful books — four for a general audience — including “Eve’s Rib: Searching for the Biological Roots of Sex Differences (Crown, 1994) — still relevant to discussions of gender and gender issues two decades after its first release, often quoted/referenced in current publications, and referred to as an important contribution and invaluable resource in our understanding of gender and sex differences in the human brain — and “Beyond Engineering: How Society Shapes Technology” (Oxford University Press, 1997) — which has remained on university required reading lists for two decades.