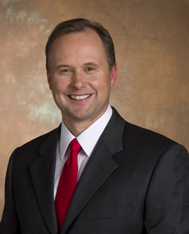 Sean Covey is Senior Vice President of Innovations and Products at FranklinCovey, a world-renowned organization devoted to helping individuals and organizations achieve greatness. Sean graduated from BYU with a degree in English and later earned his M.B.A. from Harvard Business School. As the starting quarterback for BYU, he led his team to two bowl games and received numerous honors. He is the author of Fourth Down and Life to Go, The 6 Most Important Decisions You’ll Ever Make, and the international bestseller The 7 Habits of Highly Effective Teens, which has sold over three million copies and was translated into more than fifteen languages.

He is a popular speaker to youth and adult groups on topics such as leadership. Sean’s favorite things include going to movies, eating Mexican food, writing, producing short films, playing with his kids, riding his motorcycle, reading The Far Side comics, and shooting paintballs. He adheres to the common saying, “You’re only young once, but you can be immature forever.” He and his wife, Rebecca, live with their kids in the Rocky Mountains.