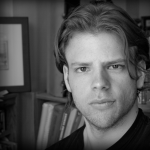 Shawn Welch is the author of From Idea to App, iOS 5 Core Frameworks, and iOS 6 for Developers as well as the developer of several iOS apps. Previously he worked as a senior media-editor for Pearson Education. He also helped pioneer many of Pearson’s earliest efforts in iPad solutions. Welch has a BS from Kansas State University.