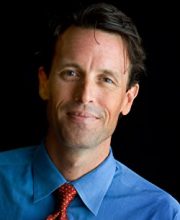 Shayne Hughes is President of Learning as Leadership, a 30-year-old leadership development and culture change company based in the San Francisco Bay Area. Shayne’s expertise in creating cultures of open communication and collaboration has led to substantial improvements in organizational and personal performance for such clients as Fairchild Semiconductor, NASA, Sandia National Laboratories, Shell Oil, and Encore Capital. He is co-authoring a book with a client, the former CEO of a large publicly traded company, on the connection between leader, ego and organization and their journey to transform that CEO’s company’s dysfunctions and performance issues into industry leadership, growth and profit.

Shayne has been a featured speaker at the San Francisco Commonwealth Club, a frequent presenter at Systems Thinking in Action, and has given many corporate keynotes. He has also taught leadership at the University of California Haas School of Business, the University of Michigan’s Executive MBA Program and the Darden School of Business. He was recognized in 2009 as one of the Forty Under 40 most remarkable up-and-coming leaders in Northern California.

Shayne co-authored an article on “Ecosystem Leadership” in Harvard’s Du Bois Review, and has been published in Forbes.com, the Huffington Post, Diversity Executive Magazine, as well as many other publications.