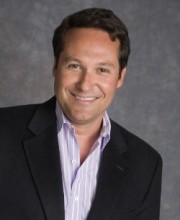 During his 15-year tenure with the international consulting firm Accenture, Shapiro established and led their Global Process Excellence Practice, delivering innovation training to 20,000 consultants. In 2001 he left the management consulting world to write his first book, “24/7 Innovation: A Blueprint for Surviving and Thriving in an Age of Change” (McGraw-Hill). Featured in “Newsweek,” “Investors Business Daily,” and the “New York Times,” among other prestigious publications, the book outlines his step-by-step program for instilling a mind-set of ongoing innovation within an organization to achieve and sustain a leadership position in any market.
Drawing on his corporate expertise, Shapiro expanded on his innovative concepts to counsel on how individuals, as well as businesses, can realize their full potential with less effort and more personal satisfaction. Thus, his latest book, “Goal Free Living: How to Have the Life You Want NOW!” (Wiley) was conceived, quickly becoming the #1 Amazon.com “Business Motivation” best seller and the subject of a recent cover story in “O, The Oprah Magazine.” Also heralded in “Entrepreneur Magazine” and on Tom Peters.com, among many others, Shapiro has become the modern-day Pied Piper for those interested in a revolutionary approach for personal and business success.
Articulate, knowledgeable, and provocative, Shapiro quickly captures the attention of his audience in a style that is equally as innovative and inventive as his subject matter. He has presented his own tried-and-tested formula for success to hundreds of thousands of people in 28 countries. Among the dozens of leading organizations he has advised are Staples, GE, Fidelity Investments, Pearson Education, BMW, Frito Lay, UPS, Xerox, and Bristol-Myers Squibb.
Stephen is a past-President for the New England Chapter of the National Speakers Association. When he is not motivating audiences around the world, he enjoys scuba diving, wine tasting, and playing the tenor saxophone.
In addition to speaking and writing, Stephen is the Chief Innovation Evangelist for InnoCentive, the leader in open innovation.