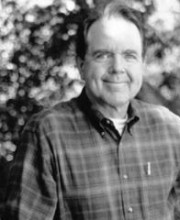 Dr. Stanley is the author of The Millionaire Next Door and The Millionaire Mind. These books spent more than 170 weeks combined on the New York Times’ Best Sellers list. His Millionaire Women Next Door was selected as a finalist for the business book of the year by the Independent Publishers Association and was on several business best sellers lists. Dr. Stanley’s first three books, Marketing to the Affluent, Selling to the Affluent, and Networking with the Affluent and Their Advisors, were all designated as outstanding business books. In total, more than three million copies of Dr. Stanley’s books have been sold worldwide.

Dr. Stanley has authored more than 40 published articles which deal with the affluent in America. His most significant, ground breaking articles include: “America’s Affluent,” American Demographics; “How to Live Like a Millionaire,” Reader’s Digest , originally published as “Why You’re Not as Wealthy as You Should Be,” and “The Doctor who Manages his Own Investments Has a Fool for a Client,” Medical Economics.

Dr. Stanley has also published numerous articles on the topic of marketing professional services to the affluent, including: “Ways to Add Value for Clients,” Journal of Accountancy; “How to Network with Affluent Client Prospects,” Marketing for Lawyers; “Marketing Trust Services to the Affluent,” Trust and Estates and “Investment Management and the Affluent Customer,” The Bankers Magazine.

Dr. Stanley has appeared as a featured guest numerous times on The Today Show, 20/20, and The Oprah Winfrey Show. His work has been cited in the national media, including The Wall Street Journal, The New York Times, Forbes, Fortune, Time, Money Magazine, U.S. News and World Report, and USA Today.

In 1979 Dr. Stanley first conceptualized “The Wealthy Blue Collar” segment, a precursor to the millionaire next door typology, in a speech given on behalf of The New York Stock Exchange, later published by the American Marketing Association. In 1980 Dr. Stanley conducted a national survey of America’s multimillionaires- the first ever of its kind. Since that time he has conducted numerous studies of the affluent and focus group interviews with high net worth respondents for a majority of the top 50 financial institutions in America.

Dr. Stanley has served as a top-rated main platform speaker for: The American Bankers Association, Society of Certified Public Accountants, the Securities Industry Association, The International Association of Financial Planners, The Association of Estate Planners, and the Million Dollar Round Table.

Dr. Stanley is also chairman of the Affluent Market Institute through which he has developed research based marketing and selling strategies for identifying, attracting and retaining wealthy clients. Dr. Stanley received his doctorate in business administration from The University of Georgia. He was a university professor for 20 years, leaving to pursue a career in research and writing about America’s millionaires. At Georgia State University he was named Omicron Delta Kappa’s Outstanding Professor.