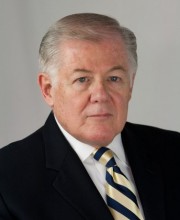 William A Gavin retired from the Federal Bureau of Investigation (FBI) after 28 years. He served as Assistant Director of New York, the Bureau’s largest field office. He was also the Assistant Director of the Inspection Division of the FBI in Washington, DC,Special Agent-in-Charge of the FBI Miami,FL and the Denver,CO offices. He has also served as the VP of a major health care HMO, and as VP of a half billion dollar security services provider. His consulting company, The Gavin Group, Inc., for eight years conducted compliance audits of the Catholic Church. Mr. Gavin received a Bachelor of Science Degree in Biology from Boston College and a Master of Science Degree from Fordham University. He has also attended the John F. Kennedy School of Government for Senior Managers at Harvard University Mr. Gavin received the (US) Presidential Distinguished Rank Award and the (US) Presidential Meritorious Rank Award. He is a member of the National Executive Institute and the American Society of Industrial Security. He appears on CNN, FOX and MSNBC as an analyst for terrorism and other criminal matters.

Actionable Summaries of books written by William A. Gavin