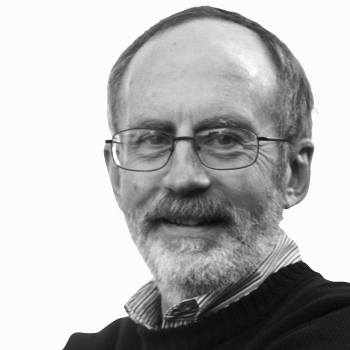 Early Life: I grew up in mining towns, mostly in Montana and Nevada. My father was a construction engineer for Anaconda Copper Company. We stayed long enough in one place for something to get built–usually 12 to 18 months–and then moved on to the next project. Among the more exotic places I lived are Schroeder, Minnesota (on the north shore of Lake Superior; current population, 187) and Tocopilla, Chile.

Education: I began my education in a proverbial two-room school-house, with one room for grades 1-3 and the other for grades 4-6. I got a BA in Mathematics and Philosophy at the University of Michigan and an MA and PhD in Philosophy at UCLA.

Academic Career: I began my career as an academic gypsy. I taught briefly at Cal State, Los Angeles, at Pacific Lutheran University, and at the University of Cincinnati. I have been teaching at Wright State University in Dayton, Ohio, since 1983.

My Intellectual Evolution: In graduate school and shortly thereafter, my research interests were like those of most philosophers. I was interested in “pure philosophy”–that is, in topics that are traditionally dealt with in philosophy and that are of interest primarily to professional philosophers. My doctoral dissertation was on phenomenalism, and my first publication was “Russell’s Construction of Space from Perspectives.” Since then, I have lost interest in “pure philosophy.” Instead, my research can best be described as hybrid: I am interested in topics that lie on the border between philosophy and something else. I look, in a philosophical manner, at things philosophers don’t normally look at. Many of my articles, for example, are on the ethical issues involved in finance. My first two books were on the ethical and political aspects of parenting. My book on desire has a philosophical component, but also a scientific and religious component. Besides this shift in the focus of my research, there has been a shift in the target audience for my writings. I am not interested, as most of my philosophical colleagues are, in writing primarily for other philosophers. Rather, my intended audience can best be described as intellectually-upscale general readers who have a minimal background in philosophy but who are interested in carefully rethinking the assumptions of everyday life.

Actionable Summaries of books written by William B. Irvine