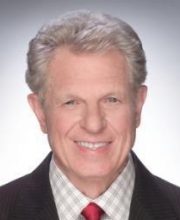 Al Ries is a legendary branding strategist, bestselling author and originator of the concept of Positioning.

In 1972, Al co-authored the now infamous three-part series of articles declaring the arrival of the Positioning Era in Advertising Age magazine. The concept of positioning revolutionized how people viewed advertising and marketing. Marketing was traditionally thought of as communications, but successful brands are those that find an open hole in the mind and then become the first to fill the hole with their brand name.

Since 1994, Al has run Ries & Ries, a consulting firm with his partner and media darling daughter Laura Ries. Together they consult with Fortune 500 companies on brand strategy and are the authors of five books which have been bestsellers around the world. They have traveled to over 60 countries from Chile to China and India to Indonesia teaching the fundamental principles of marketing.

When Advertising Age magazine choose the 75 most important ad moments of the last 75 years celebrating the publication’s 75th anniversary. The emergence of positioning came in at number #56. Ad Age commented on how the concept remains just as relevant in today’s environment, “The positioning era doesn’t end. What became a part of the marketing lexicon in the early ’70’s holds its own in the textbooks of today.”

Al currently writes a monthly marketing column for AdAge.com and appears on the RiesReport.com. Al’s favorite activities include snorkeling, horseback riding and driving with the top down. He resides in Atlanta, Georgia, with his wife, Mary Lou.