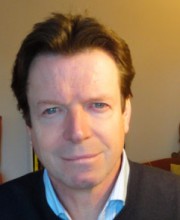 Alan H.Palmer was born in London. He was educated at Oxford and INSEAD and has spent most of his career working for international advertising agency groups in London and Paris. He first came across Interactifs in 2004 and was instantly persuaded of the effectiveness of the company’s approach, its applicability across national boundaries – and its capacity, in a modest way, to contribute to the sum total of human happiness.

He subsequently joined the company both to deliver training programmes and to help develop Interactifs’ business around the world, and in particular in the UK. He regularly runs seminars in Britain but has also done so in France, the Netherlands, Poland, Spain, Switzerland, Turkey, the UAE and China. Alan is married with 3 children and lives near Fontainebleau, but divides his professional time between London and Paris. Contact Interactifs to get in touch with him.