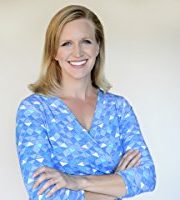 Amy Blankson has become one of the world’s leading experts on the connection between positive psychology and technology. She is the only person to be named a Point of Light by two presidents (President George H. W. Bush and President Bill Clinton) for creating a movement to acti- vate positive culture change. A sought-after speaker and consultant, Amy has now worked with organizations like Google, NASA, the US Army, and the Xprize Foundation to help foster a sense of well-being in the Digital Era. Amy received her BA from Harvard and MBA from Yale School of Management. Most recently, she was a featured professor in Oprah’s Happiness course. Amy is the author of two books: The Future of Happiness and an award-winning children’s book called Ripple’s Effect.