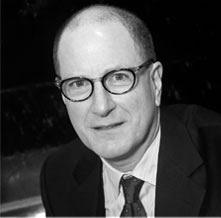 Andrew Sobel is the leading authority on the strategies and skills required to build clients for life and develop trusted business relationships. The most widely published author in the world on this topic, he has written four acclaimed, bestselling books: Power Questions, All for One, Making Rain, and Clients for Life. His newest book, Power Questions, shows how to use powerful, thought-provoking questions to win new business, build relationships and influence others. For the last year, Power Questions has continuously been one of the top 30 bestselling new business books in the United States according to Bookscan, and the number one bestselling book on communications in the Amazon Kindle Store. All for One was voted one of the top 10 sales and marketing books of the decade by a major marketing publication. His books have been translated into a dozen different languages and distributed globally. Andrew has also published over 100 articles and contributed chapters to four books on leadership, strategy, and marketing.

Andrew has worked for 31 years as both a strategy advisor to senior management and an executive educator and coach. Many of the world’s leading companies number among Andrew’s clients. These include established public companies such as Citigroup, WPP, Xerox, Experian, Hess, Bank of America, Towers Watson, Cognizant, UBS, and Lloyds Banking Group; and also many privately held professional service firms, including Booz Allen Hamilton, Bain & Company, Booz & Company, Spencer Stuart, Fulbright & Jaworski, Ernst & Young, Deloitte, and many others.

His articles and work have been featured in a variety of publications including USA Today, The New York Times, Business Week, Forbes.com, the Harvard Business Review, Strategy+Business, and Advertising Age, and he has appeared on numerous television programs such as ABC’s World News This Morning and the Fox Strategy Room. One of his articles, “The Beatles Principles,” was featured in major newspapers and media in over 20 countries around the world.

A former Senior Vice President and Country Chief Executive with Gemini Consulting (formerly the MAC Group), Andrew lived and worked in Europe for 13 years and speaks four languages. He graduated from Middlebury College with honors and earned his MBA from Dartmouth’s Tuck School. He is president of Andrew Sobel Advisors and Executive Director of the Client Leadership Forum, a best practices consortium of international services firms. Andrew has been married for 30 years and has three children. He can be reached at: http://andrewsobel.com.