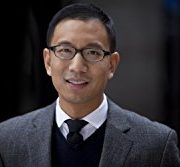 Anthony K. Tjan (Tony) is Managing Partner of Cue Ball, a venture capital firm based in Boston. Most recently, Tony was Senior Partner at The Parthenon Group, a leading strategic advisory firm where he continues as its Vice Chairman. He spent seven years as a special strategic advisor to The Thomson Corporation, and its then CEO, Richard Harrington (now his Partner at Cue Ball). At Thomson, he played a key role working alongside the CEO on its transformational growth strategy. In 1996, Tony founded and was CEO of the Internet services firm ZEFER, a pioneer in early commercial web initiatives. Tony started his career with McKinsey & Company and holds his AB and MBA degrees from Harvard University. He was also a Fellow at the Harvard Kennedy School of Government. Tony sits on several boards, is a contributor to Harvard Business Review, and is on the Editorial Advisory Board of MIT Tech Review.