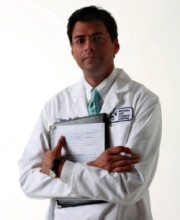 A surgeon and a writer, Atul Gawande is a staff member of Brigham and Women’s Hospital, the Dana Farber Cancer Institute, and “The New Yorker” magazine. He received his B.A.S. from Stanford University, M.A. (in politics, philosophy, and economics) from Oxford University, M.D. from Harvard Medical School, and M.P.H. from the Harvard School of Public Health. He served as a senior health policy advisor in the Clinton presidential campaign and White House from 1992 to 1993. Since 1998, he has been a staff writer for “The New Yorker” magazine. In 2003, he completed his surgical residency at Brigham and Women’s Hospital, Boston, and joined the faculty as a general and endocrine surgeon.

He is also Associate Professor of Surgery at Harvard Medical School and Associate Professor in the Department of Health Policy and Management at the Harvard School of Public Health. He has published research studies in areas ranging from surgical technique, to US military care for the wounded, to error and performance in medicine. He is the director of the World Health Organization’s Global Challenge for Safer Surgical Care.

In 2006, he received the MacArthur Award for his research and writing. His book, “Complications: A Surgeon’s Notes On An Imperfect Science” was a finalist for the National Book Award in 2002 and is published in more than a hundred countries. He was editor of “The Best American Science Writing 2006.” His book, “Better: A Surgeon’s Notes On Performance” was one of Amazon.com’s ten best books of 2007. His newest book, The Checklist Manifesto, is a New York Times bestseller. He also won the 2010 National Magazine Award for Public Interest writing for his “New Yorker article,” “The Cost Conundrum.” He and his wife and three children live outside Boston.