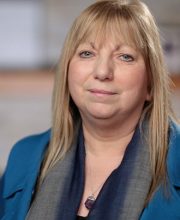 After undergoing a personal transformation, she realized the magnitude of how much the corporate world had lost its way, and, more importantly, she saw hope for how to make things better. She discovered that the new mindset needed for 21st century leadership has its roots in ancient wisdom traditions, especially around the themes of integration and a genuinely holistic perspective.

In 2015, Ayelet served as an adjunct leadership team member as an Innovator in Residence in Roche/Genentech’s Strategic Innovation Product Development organization. She climbed the corporate ladder for more than a decade at Cisco Systems, where she was the Chief Strategy Officer for Cisco Canada.

Her leadership helped propel Canada from the sixth to the second largest revenue generating country for Cisco at nearly $2B. She served on the Emerging Markets and IT executive leadership teams at Cisco, where she led pioneering programs for the company. Ayelet was also a Cisco Leadership Fellow with Nethope, where she collaborated with over 20 of the largest global Non-Governmental Organizations (NGOs).

Ayelet is uniquely and powerfully poised to guide corporations on a profoundly significant journey that touches all of us in this century and beyond: our journey to corporate sanity.