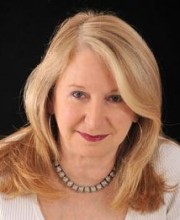 Barbara Kellerman is the James MacGregor Burns Lecturer in Public Leadership at Harvard University’s John F. Kennedy School of Government. She was the Founding Executive Director of the Kennedy School’s Center for Public Leadership, from 2000 to 2003; and from 2003 to 2006 she served as the Center’s Research Director. Kellerman has held professorships at Fordham, Tufts, Fairleigh Dickinson, George Washington, and Uppsala Universities. She also served as Dean of Graduate Studies and Research at Fairleigh Dickinson, and as Director of the Center for the Advanced Study of Leadership at the Academy of Leadership at the University of Maryland.

Kellerman received her B.A. from Sarah Lawrence College, and her M.A., M.Phil., and Ph.D. (1975, in Political Science) degrees from Yale University. She was awarded a Danforth Fellowship and three Fulbright fellowships. At Uppsala (1996-97), she held the Fulbright Chair in American Studies. Kellerman was cofounder of the International Leadership Association (ILA), and is author and editor of many books including Leadership: Multidisciplinary Perspectives; The Political Presidency: Practice of Leadership; and Reinventing Leadership: Making the Connection Between Politics and Business. She has appeared often on media outlets such as CBS, NBC, PBS, CNN, NPR, Reuters and BBC, and has contributed articles and reviews to the New York Times, the Washington Post, the Boston Globe, the Los Angeles Times, and the Harvard Business Review.

Her most recent books are Bad Leadership: What It Is, How It Happens, Why It Matters (2004); a co-edited (with Deborah Rhode) volume, Women & Leadership: State of Play and Strategies for Change (2007); and Followership: How Followers are Creating Change and Changing Leaders (2008). Kellerman speaks to audiences around the world, including in recent years Berlin, London, Moscow, Rome, Sao Paolo, Shanghai, Zurich, Jerusalem, Turin, Toronto, and Montreal. She is on the Advisory Board of the Leadership Research Network, on the Advisory Panel of the White House Leadership Project Report, on the editorial Board of Leadership Quarterly, and on the Publications Committee of the International Leadership Association. She is ranked by Forbes.com as among “Top 50 Business Thinkers” (2009) and by Leadership Excellence in top 15 of 100 “best minds on leadership.” Her next book, Leadership: Essential Selections on Power, Authority, and Influence, will be published in March 2010 by McGraw-Hill.