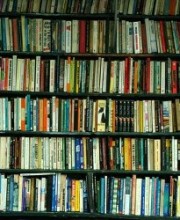 Benjamin Hoff (born 1946) is an author based in the United States. Two of his books on Taoism, “The Tao of Pooh” and “The Te of Piglet,” were on bestseller lists. Hoff grew up in Sylvan, Oregon, where he acquired a fondness of the natural world that has been highly influential in his writing.

Hoff obtained a B.A. in Asian Art from the Evergreen State College in 1973. Prior to his career in writing, he worked as a tree pruner, antiques restorer, hospital orderly, investigative reporter, photojournalist, recording musician, singer, and songwriter. In his spare time, he practices Taoist yoga and Tai Chi Chuan.

In 2006, Hoff published an essay on his website titled Farewell to Authorship, in which he denounced the publishing industry and announced his resignation from book writing. This is the only website he has officially endorsed or been involved with. As of August, 2010 the website displays a series of letters sent between Hoff and staffers from the Oregon Historical Society, where Hoff criticizes the OHS produced, “Oregon Experience: Opal Whiteley,” claiming that many of the facts were ignored or untrue. Hoff wrote the 1986 book, “The Singing Creek Where the Willows Grow”, a biography about Opal Whiteley which also includes her diary.