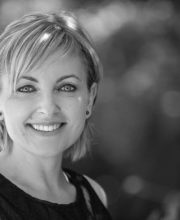 I’m Bernadette Jiwa, business author, idea catalyst and brand storyteller. I help the entrepreneurs behind emerging and established businesses to access the truth about their brands. I show them how to stand out and communicate their difference to customers in today’s noisy, crowded marketplace.

I craft strategies and stories for passionate companies and visionary brands who want to make meaning and money, by building legacies alongside businesses. I also create brand names, product names and book titles, with words that paint a thousand pictures.

I am the author of Amazon Bestseller Make Your Idea Matter.

I’ve been named as one of The Top 100 Branding Experts To Follow On Twitter . My writing has been featured in guest posts about Brand Naming on Women 2.0, the female founders website and Building Your Business on the popular branding blog Logo Design Love. I also served as an expert panelist at TEDxPerth Pitch School.

I’ve collaborated with author Seth Godin as the project manager of the What Matters Now print edition and more recently we’ve worked together on the “Big Book” that was one of the rewards in Seth’s Kickstarter campaign.

I believe that great businesses are founded on the truth and that marketing is the art of telling the whole story to customers. Marketing is no longer a tactic used to sell stuff. It’s about finding ways to make people feel something rather than making them do what you want them to do in the short term.

You could spend your time working out how to make people act in the moment. Or you could think about how you would like to make them feel about your brand in the long run.

My fascination with brand storytelling and marketing began at the age of 10 in my little brother’s Action Man days, when we figured out that the collectible stars on the packaging, were just as valuable as the khaki outfits and grenades inside.

“THOSE WHO TELL STORIES RULE THE WORLD.” – PLATO

I live in one of the world’s most isolated cities (and best-kept secrets) Perth, Australia. If I need inspiration I can take off to a near deserted beach at a moments notice and dip my toes in the Indian ocean – not something I take for granted.

That’s not the whole story though…..

I was born in Dublin (in the same hospital as Bono actually). So I grew up surrounded by audacious heroes like Geldof and Bono. That meant I got an education at the university of ‘anything is possible’, the kind of education that makes you believe in level playing fields and enables you to follow your own star.

Following my own star has meant that I could marry my soul mate and set out to launch three amazing young men into the world. It enabled me to set up a home and businesses across cultures, be a restaurant manager at 18, a nurse at 23, run my own business by 27 and live mortgage free with a view of the ocean by 40. It has meant not worrying about the people who asked; “who do you think you are?” and believing in the power of ideas enough to make them happen.

I became an expert at building a bridge from where I was to where I wanted to be. Along the way people asked me to show them how they could build that bridge too. So I qualified as a Results Coach and have since worked with entrepreneurs, freelancers and creatives to build their brands and business visions. I’ve created brand names, strategies and stories to launch and evolve amazing, bold ideas; from a medical journal to a movement, businesses to blogs, books to Kickstarter projects, non-profits and more.