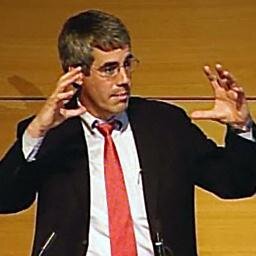 Bill Aulet is the managing director of the Martin Trust Center for MIT Entrepreneurship at MIT and also a senior lecturer at the MIT Sloan School of Management. The center is responsible for entrepreneurship across all five schools at MIT starting with education but also extending well outside the class room with student clubs, conferences, competitions, networking events, awards, hackathons, student trips and most recently accelerators.

Bill teaches at least three different classes per year (introductory to advanced entrepreneurship classes) in addition to his responsibilities of running the center. His work has won numerous awards and most recently, in April 2013, Bill was awarded the Adolf F. Monosson Prize for Entrepreneurial Mentoring at MIT.

Prior to joining MIT, Bill had a 25 year track record of success in business himself. He has directly raised more than $100 million in funding for his companies and more importantly has led to the creation of hundreds of millions of dollars in market value in those companies.

Bill started his career at IBM getting training and experience in technical, marketing, sales, financial, and international business operations and management. After 11 years, he was named an MIT Sloan Fellow which resulted in him attending MIT for a one year degree program. Upon graduation, he resigned from IBM and became a serial entrepreneur running two MIT spinouts as the president/chief executive officer (Cambridge Decision Dynamics and then SensAble Technologies). The latter became a two-time Inc. Magazine 500 Fastest-Growing Private Company. With a presence in over 20 countries, SensAble also won more than 24 awards and was featured in FortuneMagazine, BusinessWeek,TheWall Street Journal, and many other publications for its innovative products and strong business foundation.

In 2003, he was recruited as chief financial officer to co-lead a turnaround of Viisage Technology, a security technology company with a dual focus in the areas of drivers’ licenses and facial recognition. During his tenure of two and a half years, Viisage developed a new strategy, overhauled its operations, made three major acquisitions, executed two major fundraising rounds and as a result, its market value increased from $50 million to over $500 million.

Today, in addition to his work at MIT, Bill works with individuals and companies to become more successful through innovation-driven entrepreneurship. From single entrepreneurs trying to launch new ventures all the way up to large multi-billion dollar corporations seeking to achieve their goals through entrepreneurship, intrapreneurship, and innovation, the same fundamentals have been successfully applied. He also serves on the board of directors or advisors for a number of companies. He is a regularly featured speaker at management leadership programs on topics such as entrepreneurship, intrapreneurship, entrepreneurial marketing, technology innovation, creating sustainable and rapid profitable growth, financing strategies, and operational excellence. He writes as much as possible in places such as Xconomy.com, MIT Sloan Experts, The Boston Globe, the Kauffman Foundation, The Huffington Post and the MIT Entrepreneurship Review.

A former professional basketball player, Bill lives in Belmont, Massachusetts with his wife and has four grown sons. Mr. Aulet holds a bachelor’s degree in engineering from Harvard University and an SM from the MIT Sloan School of Management.