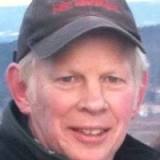 BILL BREEN is a founding member of the team that launched Fast Company, which gained an avid following among businesspeople and won numerous awards, including the National Magazine Award for General Excellence. As senior editor, he edited Fast Company’s special issues on design and leadership and wrote many articles on competition, innovation, and personal success. He is the coauthor of The Responsibility Revolution and The Future of Management, which the editors of Amazon.com selected as the best business book of the year. Breen speaks to business audiences on leadership, innovation and sustainability; he has appeared on CNN, Fox, CBS, National Public Radio, and other media outlets.