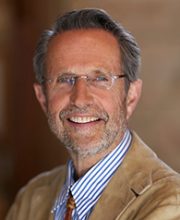 Bob Chapman intends to change the world. Chapman is Chairman and CEO of Barry-Wehmiller Companies, a capital equipment and engineering consulting firm with more than 8,000 team members worldwide. After seeing the positive impact of Barry-Wehmiller’s people-centric culture on the lives of his employees, Chapman felt compelled to raise awareness about business enterprise’s opportunity to become the most powerful positive influence on our society.

“As business leaders it is our responsibility to create caring work environments in which people can realize their gifts, develop their talents, and feel a genuine sense of fulfillment for their contributions in pursuit of a shared vision,” Chapman explains. He says the ripple effect of that environment is that “team members feel better about themselves and are therefore better spouses, parents, friends, citizens of their communities. That’s how we can change the world.”
Chapman shares his message about the power of people-centric leadership—called Truly Human Leadership at Barry-Wehmiller—through speaking engagements, his blog, and with anyone he meets. “Barry-Wehmiller is proof that you can pay people fairly, treat them superbly, and compete globally,” says Chapman. “It is our hope that by sharing our message, other companies will take note and follow suit.” Chapman’s list of speaking engagements includes Conscious Capitalism 2015, AME International Conference, Institute for Healthcare Consumerism Forum, Transformational Leadership Council, TEDxScottAFB, Shingo Prize for Manufacturing Excellence International Conference, Army Center for Officer Leadership (Ft. Leavenworth, KS), Mid-America Corporate Growth Conference, HERO Forum for Employee Health Management, Greenleaf Center for Servant Leadership’s International Conference, and St. Louis Business Journal’s Salute to the Top 150 Privately Held Companies in St. Louis.
Chapman took over the reins of the privately-owned Barry-Wehmiller upon his father’s death in 1975, when it was a struggling bottle washer business. Since then, the single-market company has grown into a corrugating, packaging, and paper converting equipment and consulting conglomerate through strategic acquisition, operational expertise and commitment to, as Chapman likes to say, “the lives within my care.” Today, $2 billion Barry-Wehmiller is a combination of more than 75 acquired companies spread across 100 locations around the globe. Since 1987, it has continued a pattern of 15 percent compound growth in revenue and share value.

In the early 2000s, Chapman championed the transformation of Barry-Wehmiller’s culture into one focused on bringing out the best in its people through communication, trust, celebration, respect, continuous improvement and responsible freedom. “We don’t define success in the traditional manner of most businesses,” says Chapman. “At Barry-Wehmiller, we measure success by the way we touch the lives of people.” The company’s innovative learning institute, Barry-Wehmiller University, was launched in 2007 to help sustain its people-centric culture. Through it, team members can experience growth—personal and professional –by taking courses in communication, leadership development, Lean principles, customer/client relations and more.

Chapman has a BA from Indiana University and an MBA from Michigan. He spent his early career as an accountant with Price Waterhouse.