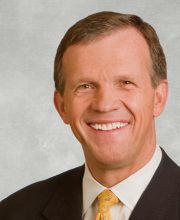 Robert A. Whitman is Chairman of the Board of Directors and Chief Executive Officer of FranklinCovey (NYSE: FC). Prior to accepting the role of Chairman and CEO, Mr. Whitman served as an outside director on FranklinCovey’s board.

Prior to joining FranklinCovey, Whitman served as President and Co-Chief Executive Officer of the Hampstead Group, LLC, a private equity investment firm based in Dallas, Texas, from 1992 to 2000. The Hampstead Group made significant investments in companies in the hotel, retirement housing, restaurant, and theme park industries with the goal of helping these companies achieve significant growth. Hampstead helped to build up Wyndham Hotels and Resorts (NYSE); Felcor Lodging Trust (NYSE); Forum Group Inc. (previously AMEX, sold to Marriott International); and a number of other public and private companies. Mr. Whitman served on the board of directors of these companies and also served as Chairman and acting Chief Executive Officer of Forum Group Inc.

He graduated with honors from the University of Utah in 1976 with a B.A. in Finance and received his Masters of Business Administration from Harvard University in 1978. An avid mountaineer, rock climber and ice climber, Whitman has completed numerous climbs throughout the Rocky Mountains and the Alps. He is also an experienced triathlete who has competed in and completed the Hawaii Ironman World Triathlon Championship race twelve times. Bob and his wife Wendy Warner Whitman are the parents of two children and grandparents of six.
– See more at: https://www.franklincovey.com/About/executive-team/RobertWhitman.html#sthash.67NIwABh.dpuf