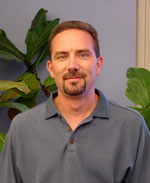 Brian Fugere is a recovering jargonaholic. After authoring some of the worst jargon the consulting world has ever seen, he formally admitted his problem and entered a twelve-step program. He is currently in rehab and has been jargon-clean for the last two years. He is a partner at Deloitte Consulting and was formerly its chief marketing officer. Brian lives in Danville, California, with his wife, Gail, and their four children.