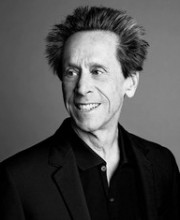 Academy Award®-winning producer and NYT bestselling author Brian Grazer has been making movies and television programs for more than 25 years. Grazer’s films and TV shows have been nominated for a total of 43 Oscars® and 152 Emmys. His films have generated over $13.5 billion in worldwide grosses. Grazer has been personally nominated for four Academy Awards®, and in 2002 he won the Best Picture Oscar® for A Beautiful Mind.
Other film credits include Get On Up, Rush, J. Edgar, Frost/Nixon, American Gangster, The Da Vinci Code, 8 Mile, Apollo 13, Dr. Seuss’ How the Grinch Stole Christmas, Liar Liar, Backdraft, Parenthood, and Splash.

Grazer and his longtime friend and business partner Ron Howard founded Imagine Entertainment in 1986, which they continue to run together as chairmen.