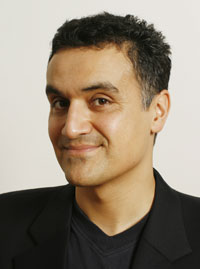 Carl Honoré is an award-winning journalist, author and TED speaker. He is also a globetrotting ambassador for the Slow Movement. The Wall Street Journal called him “an in-demand spokesman on slowness.”

After working with street children in Brazil, he covered Europe and South America for publications ranging from the Economist and Observer to the Miami Herald, Time and National Post (Canada).

His first book, In Praise of Slow, examines our compulsion to hurry and chronicles a global trend toward putting on the brakes. The Financial Times said it is “to the Slow Movement what Das Kapital is to communism.” His second book, Under Pressure, was hailed by Time as the “gospel of the Slow Parenting movement.”

Translated into more than 30 languages, his books have landed on bestseller lists in many countries. In Praise of Slow was a BBC Radio 4 Book of the Week and the inaugural choice for the new Huffington Post Book Club. It also featured in a British TV sitcom (link), Argentina’s version of Big Brother anda Motorola tablet advertisement (link). Under Pressure was a finalist for the Writers’ Trust Award, the top prize for non-fiction in Canada.

Published in 2013, Carl’s latest book is called The Slow Fix. It explores how to solve problems in every walk of life, from business and politics to health and relationships, without falling for short-term, superficial quick fixes.

On top of writing, blogging, tweeting and giving media interviews about the Slow Movement, Carl rushes (slowly, of course) around the world to deliver speeches and workshops. His TED talk (link) has been viewed over 725,000 times.

Newsweek described Carl as “an international spokesman for the concept of leisure.” ABC TV News called him “the unofficial godfather of a growing cultural shift toward slowing down.” Huffington Post labelled him “the godfather of the Slow movement.” The Financial Times featured him as a Guru of the Week.

Carl lives in London with his wife and two children. In his spare time, he plays lots of sports, including football (soccer) and squash. He also plays for the top ball-hockey team in the UK.