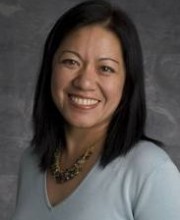 Charlene Li is founder of the Altimeter Group and the co-author of the critically acclaimed, bestselling book “Groundswell.” She is one of the foremost experts on social media and technologies and a consultant and independent thought leader on leadership, strategy, social technologies, interactive media and marketing. Formerly Li was vice president and principal analyst at Forrester Research and a consultant with Monitor Group. She was named one of the 12 most creative minds of 2008 by Fast Company, and one of the most influential women in technology 2009.

Charlene Li is one of the leading independent voices in business today, with a special focus on the strategic use of emerging technologies.

Her expertise spans the most critical areas that drive sustainable success – leadership, strategy, innovation, interactive media, and marketing. Charlene is frequently quoted by leading media channels such as “The Wall Street Journal,” “New York Times,” “USA Today,” Reuters, and The Associated Press. She has appeared on “60 Minutes,” “The McNeil NewsHour,” ABC News, CNN, and CNBC. As noted social technologist, Charlene has earned a vast following through her blogs, website, columns, articles, and keynotes.

Charlene is Founder of Altimeter Group, a strategy firm that provides clients with a pragmatic approach to using emerging technologies for competitive advantage.

Previously, she was a Vice President and Principal Analyst at Forrester Research. She joined Forrester in 1999, after spending five years in online and newspaper publishing with the San Jose Mercury News and Community Newspaper Company. She was also a consultant with Monitor Group in Boston and Amsterdam. Charlene is a graduate of Harvard Business School as well as Harvard College.

Charlene is co-author of the bestselling business book, “Groundswell: Winning In A World Transformed By Social Technologies,” which was named by Amazon as one of the top ten business books of 2008.