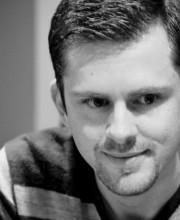 “I served as a volunteer executive for a medical charity in West Africa from 2002-2006. It was thrilling, challenging, and exhausting—all good qualities to have in an adventure. I gave keynote speeches to presidents, hung out with warlords, and learned far more in those four years than anything I learned in college.

“After my time in West Africa came to an end in 2006, I came to Seattle for a graduate program in International Studies at the University of Washington. I enjoyed my studies, but I enjoyed travel even more – during every break between quarters, I traveled independently to countries like Burma, Uganda, Jordan, Macedonia, and 20 more.

“I have been self-employed for my entire adult life, having successfully avoided the dreaded “real job” for more than a decade. My entrepreneurial history has ranged from importing coffee from Jamaica, search engine optimization in its early days, Google Adwords and Adsense arbitrage, and building a small publishing company while volunteering in Africa. I now write on this site and sell Unconventional Guides.

“I live with my wife Jolie, an artist and teacher who has been to more than 40 countries of her own. Jolie is nice about letting me travel the world whenever I want as long as I promise to keep coming back. We live in our adopted city of Portland, Oregon.”