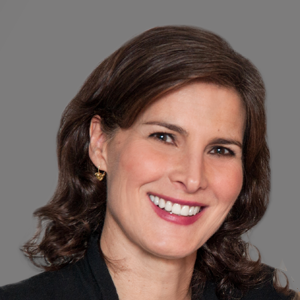 Claire Shipman is a regular contributor to “Good Morning America” and other national broadcasts for ABC News. She joined the morning broadcast in May of 2001 and is based in the network’s Washington, D.C., bureau. Shipman regularly interviews influential newsmakers for the network. Over the years she has conducted in-depth interviews with Presidents George Bush and Bill Clinton, U.S. Secretary of State Hillary Clinton, Vice Presidents Dick Cheney and Al Gore, Queen Rania of Jordan, Gov. Arnold Schwarzenegger and numerous others. She spent 5 years reporting from Moscow for CNN, and will never forget the sight of Boris Yeltsin on a tank, and citizens tearing down statues of Vladimir Lenin.
Shipman began her broadcasting career as a production assistant and intern at CNN’s bureau in New York City. She holds a graduate degree in international affairs from Columbia University and a Bachelors of Arts in Russian studies from Columbia University, where she graduated magna cum laude. She is currently a Columbia University Trustee. A native of Columbus, Ohio, Shipman resides in Washington, D.C., with husband Jay Carney and their two children, Hugo and Della.