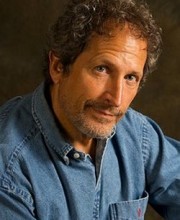 Craig Hickman is a New York Times bestselling author of more than a dozen books, among them such international bestsellers as The Oz Principle, Creating Excellence, Mind of a Manager Soul of a Leader, and The Strategy Game. Currently, he is Author & Regional Vice President at Partners In Leadership, the premier provider of Accountability Training® services around the world. Clients include thousands of companies (almost half of the Dow Jones Industrial Average Companies) in more than 50 countries. Prior to Partners in Leadership, he was a company CEO at Headwaters Incorporated (NYSE:HW), where he turned around the struggling specialty chemicals division and formed a joint venture with Evonik Degussa GmbH, a Fortune Global 500 company headquartered in Frankfurt and Essen, Germany. Before that, he founded Management Perspectives Group, a management consulting firm specializing in strategic change, organizational culture transformation, and leadership development, which he later sold to SMS, Inc. A compelling and thought-provoking speaker, Craig has facilitated change in corporations and organizations around the world, lecturing abroad for the U.S. State Department, providing voluntary leadership development services in Brazil, and serving as a member of the board of directors for several companies. He earned his MBA with honors from the Harvard Business School. He and his wife, Laura, live in Chicago.

His books include the international bestseller Creating Excellence: Managing Corporate Culture, Strategy and Change in the New Age (NAL/Penguin, 1985), now a Penguin Classic and translated into fourteen languages, and its companion, The Workbook for Creating Excellence (NAL/Penguin, 1986). He co-authored the critically acclaimed The Future 500 (NAL/Penguin, 1987), described by The New York Times as “a valuable history of American business and management theory.” In 1990 he authored the groundbreaking international bestseller Mind of a Manager, Soul of a Leader (Wiley, 1990), and in 1991, he authored Practical Business Genius (Wiley, 1991), a book Ken Blanchard called “indispensable.” In 1994, he co-authored the New York Times bestseller, The Oz Principle: Getting Results Through Individual and Organizational Accountability (Prentice Hall/Penguin, 1994, 2004). His innovative and bestselling business game books–The Strategy Game (McGraw Hill, 1993), The Organization Game (Prentice Hall/Penguin, 1994), The Productivity Game (Prentice Hall/Penguin, 1995) and Starting Up (Prentice Hall/Penguin, 1997)–have received high praise from business people and widespread attention from the media, “perfect for developing thinking and decision-making,” according to Industry Week, USA Today, and Business Week. His co-authored work, The Fourth Dimension: The Next Level of Personal and Organizational Achievement (Wiley, 1996), introduced the MetaWork System and was described by Stephen Covey as “a truly remarkable book.” His first business novel, An Innovator’s Tale (Wiley, 2002), was praised in the Minneapolis Star Tribune as “a Robert Ludlum-like novel with sound business lessons on innovation.” Management Malpractice (Platinum Press, 2005), on how to cure unhealthy management practices that disable companies, was described by Unilever CEO, Alan Rice, as a guide for business leaders “to identify and correct the classic problems.” His latest published work, The Insiders: A Thriller (BookSurge, 2009), is an award-winning novel about a clandestine society of CEOs who trade on each other’s secrets. In response to questions about his fiction writing, Craig asserts, “Sometimes, you can only tell the truth through fiction.” Articles, commentaries, and reviews of his work have appeared in The New York Times, The Wall Street Journal, Business Week, Fortune, Forbes, U.S. News & World Report, USA Today, Chicago Sun-Times, Crain’s Business, Working Woman, Success, Industry Week, Nation’s Business, Training & Development, Training, HR Magazine, Across the Board, Boardroom Reports, Journal of Business Strategy, Executive Excellence, The Times (London), Canadian Business and various other newspapers and magazines worldwide.