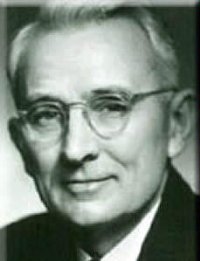 Dale Breckenridge Carnegie (originally Carnagey until 1922 and possibly somewhat later) (November 24, 1888 – November 1, 1955) was an American writer and lecturer and the developer of famous courses in self-improvement, salesmanship, corporate training, public speaking and interpersonal skills. Born in poverty on a farm in Missouri, he was the author of How to Win Friends and Influence People, first published in 1936, a massive bestseller that remains popular today. He also wrote a biography of Abraham Lincoln, titled Lincoln the Unknown, as well as several other books.

Carnegie was an early proponent of what is now called responsibility assumption, although this only appears minutely in his written work. One of the core ideas in his books is that it is possible to change other people’s behavior by changing one’s reaction to them.