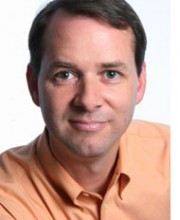 “I believe that any problem can be solved with a picture. And that anybody can draw it.”

Dan’s visual explanation of American health care was selected by “Business Week” as ‘The World’s Best Presentation of 2009.’ This inspired the White House Office of Communications to invite Dan in for a discussion on visual problem solving.

Dan is the founder of Digital Roam Inc., a management consulting company that helps business executives solve complex problems through visual thinking. Through lectures, workshops, books, and hands-on projects with many of the world’s most influential organizations, Dan has helped teams learn to solve complex problems by relearning how to see.

Dan discovered the power of pictures as a business problem-solving tool in the 1990’s when he founded the first marketing communications company in what was then the Soviet Union. With no Russian language skills, Dan quickly realized that his business pictures transcended the language barrier. Since that eye-opening experience, Dan has been fine-tuning the visual thinking tools he introduces in his books.

Dan received two degrees at the University of California, Santa Cruz: Fine Art and Biology. This combination of art and science kicked off Dan’s cross-disciplinary approach to problem solving. Dan is a licensed pilot, a skill that demands constant practice in understanding complex visual information displays. Dan has applied his business-oriented visual thinking skills while working in Switzerland, Russia, Thailand, France, Holland, and the US. He lives in San Francisco.