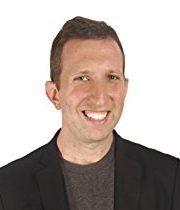 Dave Kerpen is the cofounder and Chairman of Likeable Media, an award-winning social media and word-of-mouth marketing firm and the founder and CEO of Likeable Local, a software platform for small businesses. Dave and his wife Carrie lead 2 teams of over 75 people in working with brands, organizations, governments, and small businesses to better leverage social media to become more transparent, responsive, engaged, and likeable. Likeable Media was named to both the 2011 and 2012 Inc. 500 list of fastest growing private companies in the United States and to both the 2012 and 2013 Crain’s Best Places to Work in New York (#6 in 2013!)

Dave is a frequent keynote speaker at venues around the world and a contributing writer for LinkedIn, Mashable, Inc, Fast Company, The Huffington Post, Forbes, and The Washington Post. His work has been featured on CNBC’s “On the Money,” ABC World News Tonight, the CBS Early Show, BBC World News, and the New York Times, among others.

Dave is proud of his Likeable business accomplishments but prouder of his other joint venture with Carrie: Charlotte and Kate, their two daughters at home in Port Washington, New York.