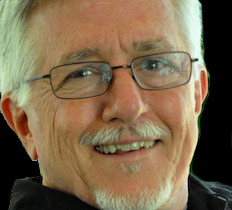 DAVID SIBBET is President and founder of The Grove Consultants International, a firm that supports organizations, teams and individuals to envision their futures and deal with change. David and his Grove team regularly design and lead strategy, visioning, creativity, future-forces, leadership development, and large-scale system change processes for clients throughout the world.

He was involved with the growth of Apple Computer in the 1980’s as a key consultant on their Leadership Expeditions and Apple University. He facilitated the change management team at National Semiconductor during its turnaround in 1990. He has worked at HP and then Agilent for many years, leading strategic visioning sessions for groups and divisions, helping develop leadership programs, and designing Storymaps for special kickoffs and change projects. He and the Grove facilitated the community visioning processes and planning fairs connected with the conversion of the Presidio to the National Park. As a founding director of Headlands Center for the Arts he has long experience as a park partner with GGRNA.

In addition to corporate and government work David has sustained a diverse involvement with foundations, non-profits, schools and professional associations. Clients include the American Institute of Architects, the New Media Consortium, the Greater Baltimore Committee’s Leadership program, and more recently a consortium of 90 NGO’s and 15 foundations in the upper Midwest helping that region become a leader in 21st Century clean energy. Over the years David has helped design and lead many board/staff retreats, strategy sessions, and cross-organizational projects working on social change.

David is the author and designer of many of The Grove’s extensive line of process consulting tools and guides, including the Grove’s Visual Planning Systems™, the Drexler/Sibbet Team Performance™ system, the Sibbet/LeSaget Sustainable Organization Model, the Grove’s Strategic Visioning™ process and related graphic templates, and the Grove’s Facilitation Series. In 2007 the Organizational Development Network awarded David and the Grove their Membership Award for creative contributions to the field of organization development.

David holds a Masters Degree in Journalism from Northwestern University and a BA in English from Occidental College. He was awarded a Coro Fellowship in Public Affairs in 1965 to study metropolitan public affairs in Los Angeles. For eight years in the 1970’s he was Executive Director and Director of Training for the Coro Foundation, designing experience-based education experiences for young leaders. He began his own organizational consulting firm in 1977. David is a long-time affiliate with the Institute for the Future in Menlo Park, a member of the Global Business Network in Emeryville, a long-time member for both the Organizational Development Network and the International Association of Facilitators, and a member of Heartland Circle’s Thought Leader Network. He is President of the Argonne Community Garden and currently on the Board of Coro. David lives in San Francisco with his poet/teacher spouse, Susan.