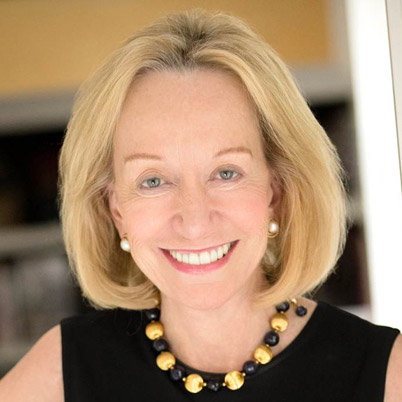 EXPERIENCE: Taught at Harvard University, including the course on American Presidency. Worked as an assistant to President Lyndon Johnson during the last year in the White House; later assisted Johnson on the preparation of his memoirs.

WRITINGS: Lyndon Johnson and The American Dream. 1976. Book-of-the-Month Club. New York Times bestseller. Called by the New York Times “the most penetrating political biography” the reviewer had ever read.

The Fitzgeralds and The Kennedys. 1987. Literary Guild. New York Times bestseller for five months. Winner of various awards. Made into six hour miniseries aired on ABC in 1990. “Rarely has popular history rung so authentic,” the New York Times reviewer said.

Wait Till Next Year: A Memoir. 1997. Growing up in the 1950s in love with the Brooklyn Dodgers. Book-of-the-Month Club. New York Times bestseller. “This is a book in the grand tradition of girlhood memoirs, dating from Louisa May Alcott to Carson McCullers and Harper Lee” the Washington Post reviewer wrote. Has been optioned for a musical.

Team of Rivals: The Political Genius of Abraham Lincoln. Winner of the prestigious Lincoln Prize and the inaugural Book Prize for American History. 2006 National Book Critics Circle Award Finalist. New York Times bestseller. “A brilliantly conceived and well-written tour de force of a historical narrative,” wrote the reviewer for the Boston Globe. Steven Spielberg acquired the rights to the book and developed the feature film, Lincoln, based in part on it, with a script by Pulitzer Prize and Tony Award-winning writer Tony Kushner and starring two-time Academy Award®-winner Daniel Day-Lewis as President Abraham Lincoln. Released domestically in November 2012, Lincoln has received 12 Academy Award® nominations, and earned Daniel Day-Lewis the Golden Globe® for Best Actor for his portrayal of Lincoln. Kushner and Goodwin received a coveted nominated for the USC Scripter Award presented by the University of Southern California. More about the film at www.thelincolnmovie.com.

Numerous articles on politics and baseball for leading national publications.

Winner of the Charles Frankel Prize given by the National Endowment for the Humanities, and the Sarah Josepha Hale medal.

TELEVISION: Presidential historian and political news analyst, appearing frequently on NBC, MSNBC, CBS, ABC, FOX, CNN, The Charlie Rose Show and Meet the Press. Other appearances include The Oprah Winfrey Show, The Tonight Show with Jay Leno, The Daily Show with Jon Stewart, The Colbert Report, and many more.

Consultant and interviewed extensively for PBS and the History Channel’s documentaries on LBJ, the Kennedy family, Franklin Roosevelt, Abraham and Mary Lincoln, and Ken Burns’ “The History of Baseball.”

PERSONAL: Married to the writer, presidential advisor, speechwriter, and playwright Richard N. Goodwin, who worked in the White House under both John F. Kennedy and Lyndon Johnson. His experience as the lead investigator who uncovered the quiz show scandals of the 1950’s was captured in the Academy Award nominated movie Quiz Show, directed by Robert Redford. The Goodwins live outside Boston, Massachusetts and have three sons, Richard, Michael and Joseph.