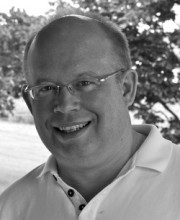 Doug began his entrepreneurial career at age twelve, later earned a degree as a chemical engineer from the University of Maine and then worked for Proctor & Gamble, where he rose to the rank of Master Marketing Inventor and set a corporate record developing and introducing nine new business initiatives in a twelve-month period. After 10 years, Doug retired from corporate life to found what is now known as the Eureka! Ranch, a corporate think tank that has won accolades from some of the biggest corporations in the world including American Express, Procter & Gamble, The Ford Motor Company, Nike and Walt Disney.