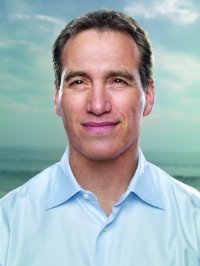 Named one of the “Top 60 Global Thinkers of the Last Decade” by The Economic Times and “the hottest advisor on the corporate virtue circuit” by Fortune Magazine, CEO, author and thought leader Dov Seidman has built a career, and pioneered an industry, around the idea that the most principled businesses are the most profitable and sustainable.

Sixteen years ago, Dov founded LRN with a powerful vision that the world would be a better place if more people did the right thing. From that basic notion, he has grown a successful business that has helped to shape the ways millions of employees, managers and leaders behave and interact all over the globe. LRN helps more than 500 leading companies worldwide – including Apple, Pfizer, Johnson & Johnson, Viacom, DuPont, Rolls-Royce, 3M and The Dow Chemical Company – develop ethical corporate cultures and inspire principled performance in business. In 2008, LRN acquired leading green strategy firm, GreenOrder.

Dov maintains that in today’s connected and transparent world, people and organizations stand to gain by dedicating new thought and energy to how they do what they do. That’s the inspiration behind “HOW: Why HOW We Do Anything Means Everything … in Business (and in Life),” an award-winning book, most recently recognized as a best business book by The Wall Street Journal and BusinessWeek. Since its release, the book has been published in the U.S., Germany, China, Korea and Brazil.

The HOW philosophy is prominently featured as one of the nine rules for companies to embrace in Thomas L. Friedman’s seminal book, “The World is Flat.” In Friedman’s latest work, “Hot, Flat and Crowded,” Dov explains how to lead a green revolution by adopting the HOW philosophy to outbehave and outgreen the competition. Friedman’s latest edition suggests the sustainability of our institutions, countries and world lies in HOW.

Dov was named one of the “Top 100 Thought Leaders in Trustworthy Business Behavior” by Trust Across America and is frequently invited to speak at leading industry events, and to senior corporate managers and boards of directors. Recent presentations include The World Economic Forum, The World Business Forum, 92nd Street Y, The National Press Club and The Aspen Ideas Festival. He has also been the keynote speaker at University of California Los Angeles’s annual commencement, and has received an honorary doctorate from Hebrew Union College.

Dov’s views on business behavior, success and corporate culture have been quoted in hundreds of media, including an in-depth profile in FORTUNE Magazine and in The New York Times, The Wall Street Journal, Forbes, The Financial Times, Harvard Business Review, Charlie Rose and ABC’s Good Morning America. Each month, Dov shares his views on human behavior as the ultimate source of competitive advantage in a monthly column for Bloomberg BusinessWeek.

Dov testified in 2004 before the U.S. Sentencing Commission arguing that corporations must move from a check-the-box, compliance-only approach to instead focus on fostering ethical cultures and behaviors. His proposals were adopted and today are the very standards by which companies, cultures and programs are judged.

Led by a lifelong pursuit and passion for ethical leadership, he and his company LRN became the exclusive corporate sponsors of the Elie Wiesel Foundation for Humanity Prize in Ethics in 2008, as the institution was in its 20th year of celebrating ethical decision making among America’s youth.