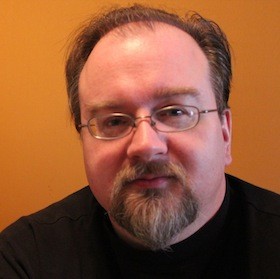 I’ve been the co-owner and VP of Content Marketing for Professional Blog Service in Indianapolis since 2008, joining the company just a few months before I became one of the owners. Before that, I worked as the director of sales and marketing for a direct mail firm, the crisis communications director for the Indiana State Department of Health, the marketing director for a company that made screen reading software for blind people, and the marketing director for a poultry equipment company. All in all, I’ve spent the last 20 years in sales, marketing, and PR, keeping up with new marketing developments, learning Internet marketing, and teaching myself SEO.

I’ve been blogging since 1997, when I was hand coding everything on my website. The first time I encountered blogging software, I thought it was stupid, and would never last. Three years later, someone showed me how to use it, and I’ve been using it ever since (I still rock my original Blogger blog with my humor column, which I’ve written since 1994.)

I’ve been doing social media marketing since 2007, starting at the same time as many other notable Indianapolis social media professionals got their start. We all attended the same pivotal event, meeting each other for the first time, and taking those first steps into the world of social media.

Since then, I’ve had a chance to work with some wonderful people, and gotten some amazing opportunities as a result. In 2009, I helped my friend Kyle Lacy write Twitter Marketing for Dummies. We had such a good time, we decided to do it again, and co-authored Branding Yourself: Using Social Media to Invent or Reinvent Yourself in 2010 with Pearson (we released a 2nd edition in 2012). Two weeks later, after I swore I was taking six months off from writing, I instead texted Jason Falls and asked him if he wanted to write a book with me.

“Sure, but I get to choose the title,” he said. The rest is history. In 2011, we wrote No Bullshit Social Media: The All-Business, No-Hype Guide to Social Media Marketing

My whole professional career has involved writing. I’m a newspaper humor columnist, and have a weekly syndicated column in 10 newspapers around Indiana. I’ve written radio plays, stage plays, business articles, and was even a political speechwriter for one election. I’m a word nerd and grammar stickler, and have been known to correct signs with a pen.

I was recently voted “Nicest Peep in Indiana” for the Indiana Social Media Smackdown in 2012.

I’ve also been a speaker and trainer since 2001, and have become a keynote and conference speaker as well. I’ve spoken at Blog World Expo, Blog Indiana, BAM! West Virginia’s social media conference, Mystery Shopping Providers Association national conference, and many other national, regional, and local events.